The crystal system of γ-indometacin crystals belongs to the triclinic type, and thus many diffraction lines overlap, and it is difficult to determine the lattice constants from the powder X-ray diffraction pattern. Fig. 1 shows an overlay of the X-ray diffraction pattern obtained with a high-resolution convergent beam optical system, which enables linear focus using an elliptical surface multilayer mirror of monochromatized X-rays only on Cu Kα1, in a Ge (111) Johansson-type curved crystal; and the X-ray diffraction pattern obtained using a conventional parallel beam optical system containing Cu Kα1 and Kα2 lines. With the data measured with the high-resolution convergent beam system, it can be easily confirmed that there are minute, strongly overlapping peaks which were difficult to discover with the conventional optical system. The structure was successfully determined due to this improvement in data quality. 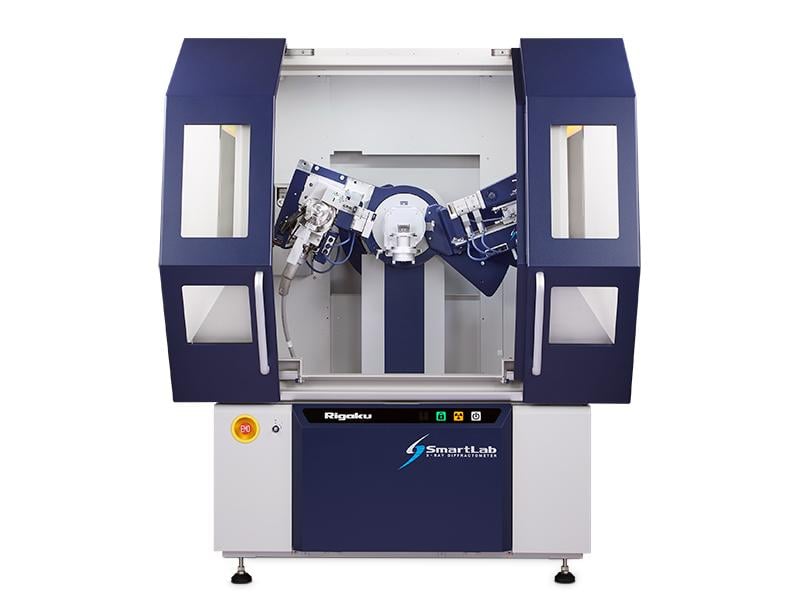