From a material science perspective, polymorphs are crystalline forms of the same molecular entity in which the molecules in the crystal lattice have diverse configurations and/or conformations. As a result, their physico-chemical properties, such as solubility, stability, bulk density, crystalline habit and flow characteristics, change.

Salt forms incorporating an ionized form or the parent molecule are considered to be a different molecular entity as the parent molecule has been modified (ionized) during salt formation. Salt forms may also be polymorphic.The drive to keep costs low in the early development stages, combined with the need to move swiftly through development and the high attrition rate of candidates, has sparked interest in a phase-appropriate polymorph screening technique for small molecule candidates. Screening operations become more comprehensive as resources become available and technical needs alter in a phase-appropriate methodology, which is an iterative process. Limited screens are employed during early development to establish an appropriate solid form that would allow a speedy advance to the next milestone.

One of the first steps within pre-formulation is an abbreviated polymorph screen to identify a stable crystalline solid form that can be used for purification purposes and initial performance testing. A more extended screen is often required during early-stage formulation as the formulation tactics will depended on the polymorphic landscape. As a result, even in this early stage, it's critical to comprehend the various polymorphic forms, their stability and qualities, as well as their ability to convert from one form to another. The formulation approach would then be centered on preventing the selected polymorph from converting and ensuring its stability during the product's clinical stability or shelf life. As more purified material and resources become available a later stages in development, after clinical proof-of-concept, a complete screening can be undertaken to locate all solid forms for intellectual property protection and determination of the best solid form for commercialization.

A thorough polymorph screening approach should evaluate a range of variables that could impact the nucleation and growth kinetics of various crystalline forms. These include a wide range of solvents systems including mixed organic/aqueous solvents with various water activity levels, and various crystallization mechanisms such as: slurry ripening, rapid and slow cooling, and evaporative crystallization. Additional studies would include solvent and anti-solvent additives along with temperature variation. Experiments to examine process-induced polymorph change, such as API micronization, wet granulation, tableting, and generation of novel solvate with excipients, should also be included.

Polymorph screening is required for an active molecule in order to identify the distinct crystalline forms, hydrates/solvates, and cocrystals that can exist, as well as to determine their thermodynamic inter-relationships. Rigaku provides a range of customizable diffraction, spectroscopic and thermal analysis systems with performance to match abbreviated and comprehensive screens. 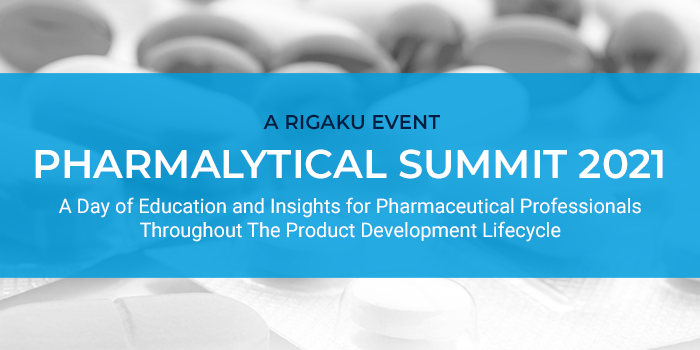 The day features presentations and discussions with industry leaders and experts who share insights and education to help bring these life-changing products into the world. 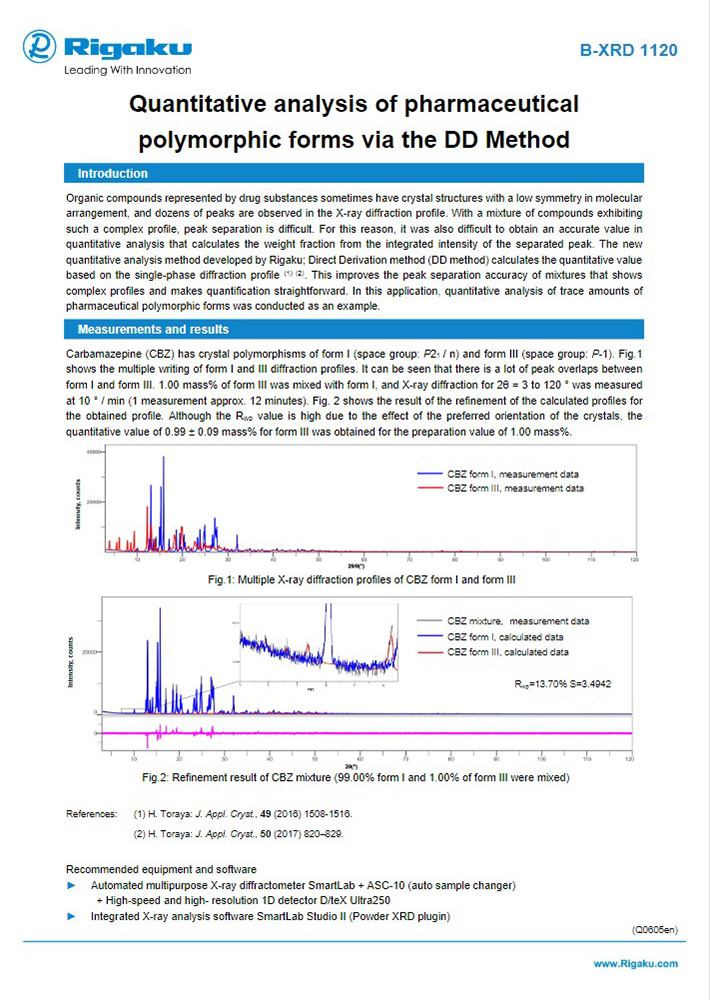 Quantitative analysis of pharmaceutical polymorphic forms via the DD Method 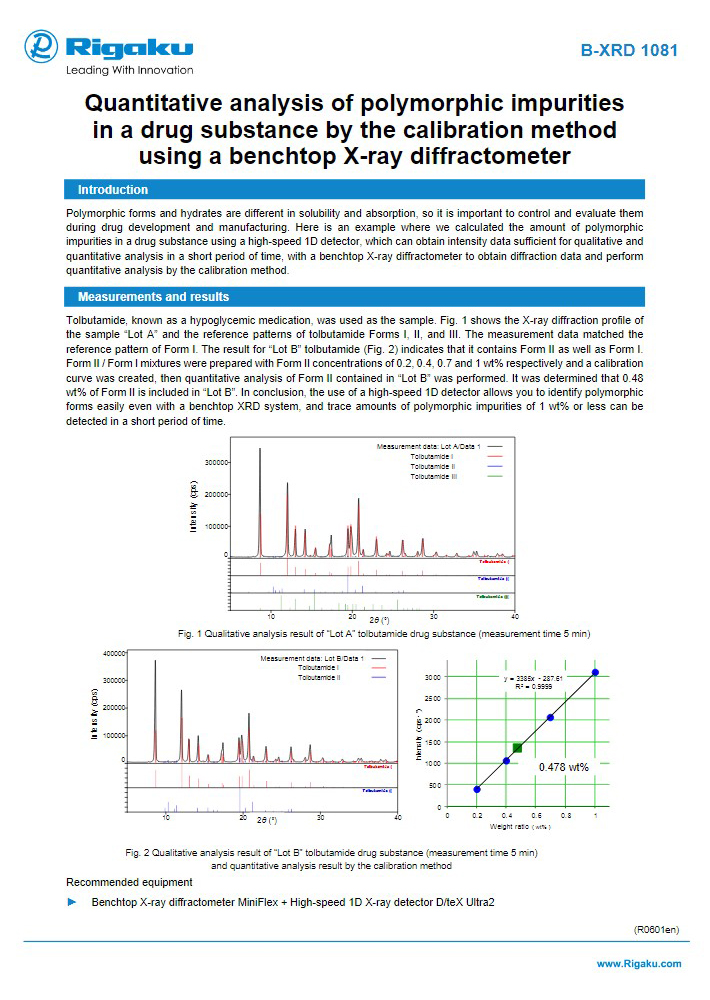 Quantitative analysis of polymorph impurities of tablets by transmission XRD 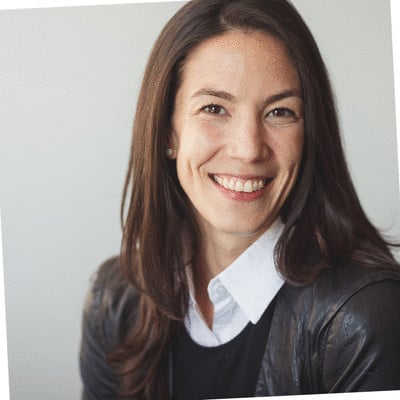 "We use Progeny at every point in our manufacturing." 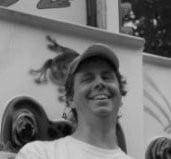 "Another thing I like about Progeny is the software as it relates to data integrity, ALCOA and those type of principals that you’re operating under a GMP environment.” 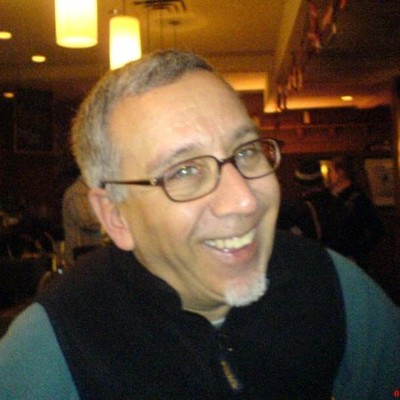 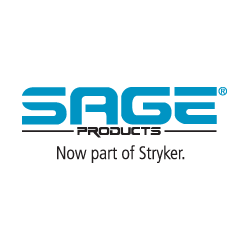 "The fact that we can continue to add new materials to the library is a huge benefit and the device is now also being used to establish ID methods in new product ingredients."

OUR COMMITMENT TO CUSTOMERS

MADE IN THE USA 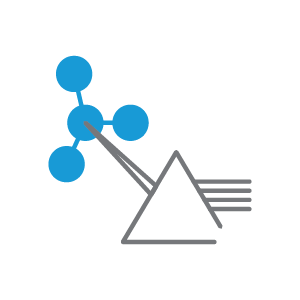 HOW WE WORK WITH YOU 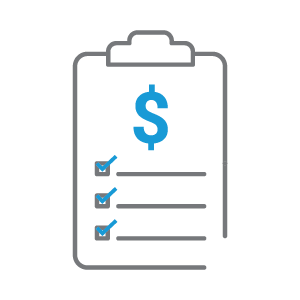 Based in Wilmington, Massachusetts, USA since 2011, Rigaku is a pioneer in handheld 1064 nm Raman and LIBS-based technology for materials analysis. With thousands of units in use globally, our portfolio offers the most versatile solution for use in safety and security against chemical threats, pharmaceutical manufacturing, and in the recycling and quality control of metal alloys.

We strive to deliver quality, reliability and engaged expertise to our customers. We are dedicated to continuous product development efforts to deliver mission-critical enhancements to performance and functionality, while delivering reliable and cost-effective solutions for results, anywhere. 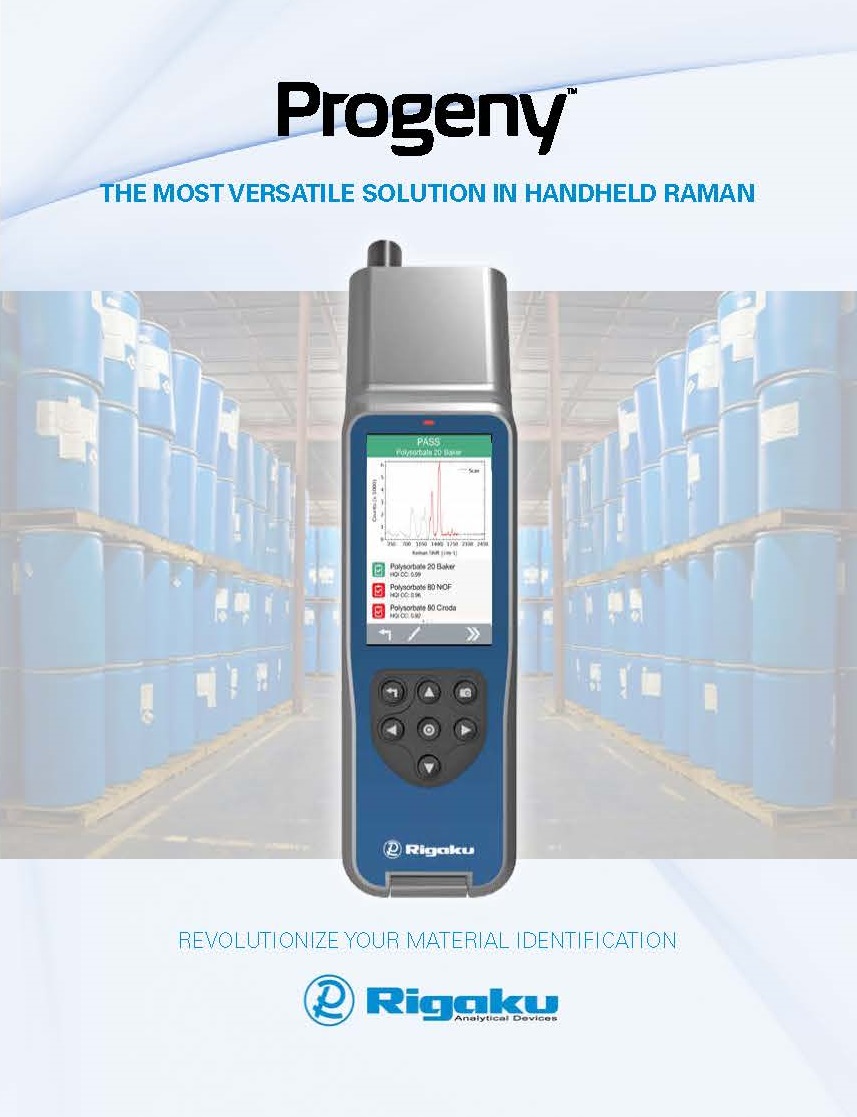 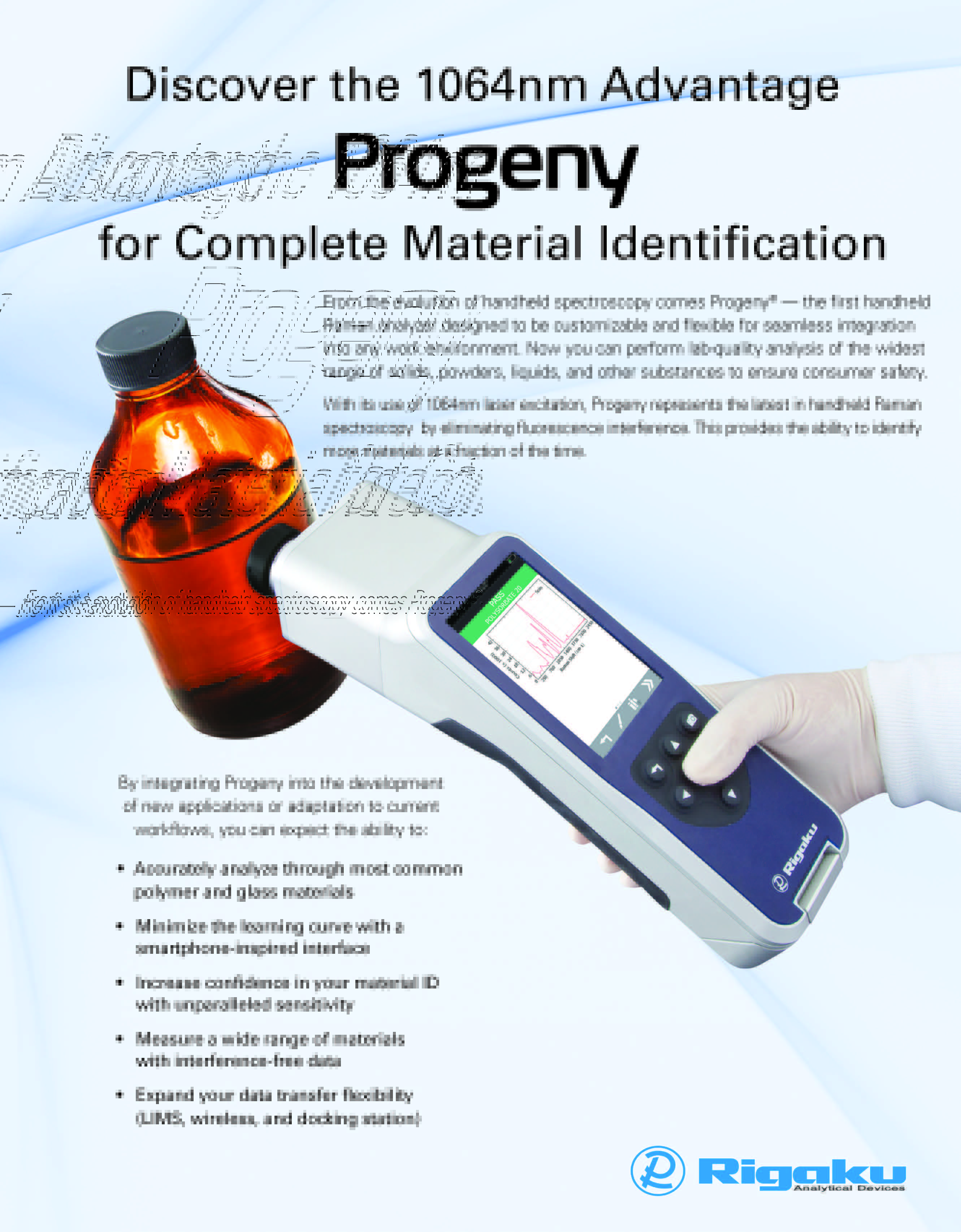 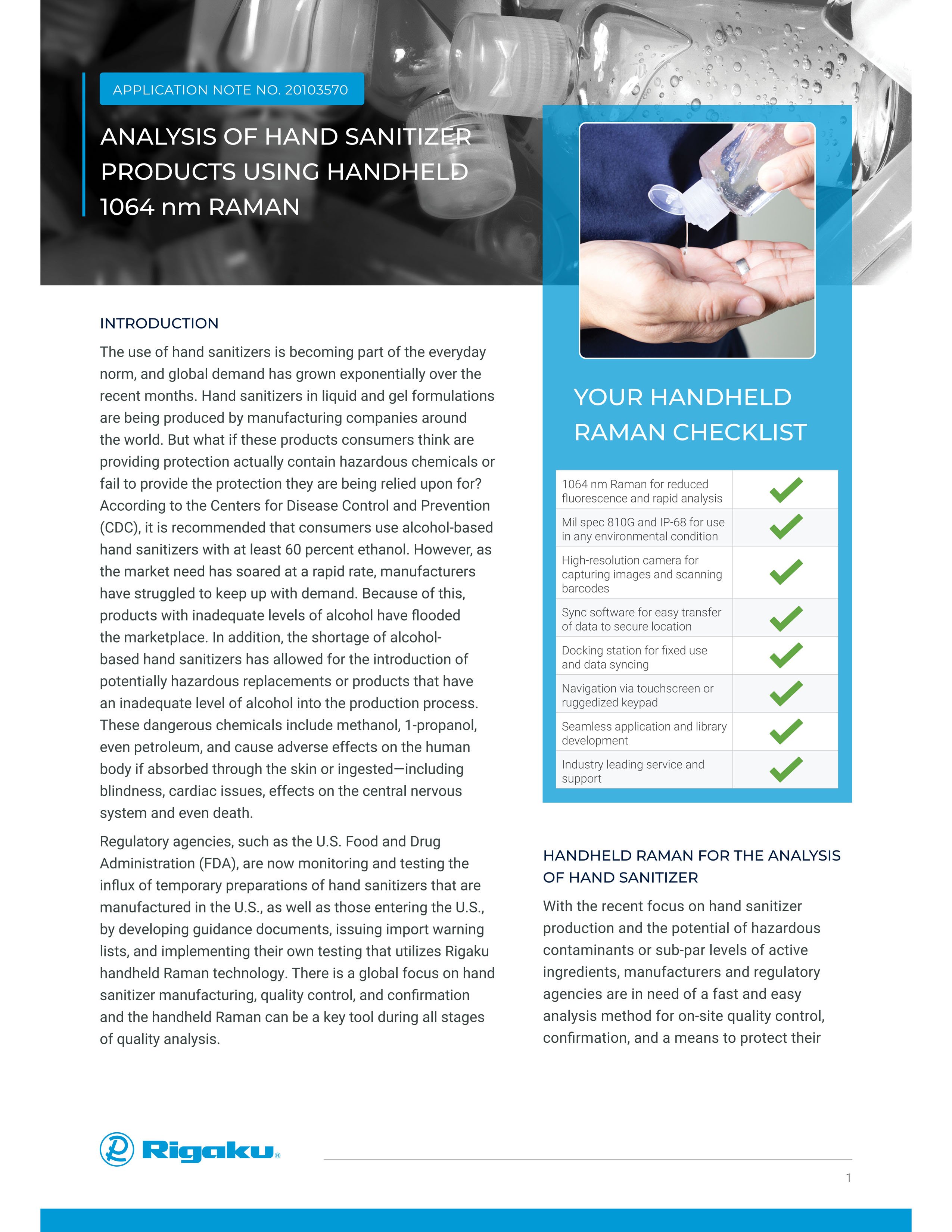 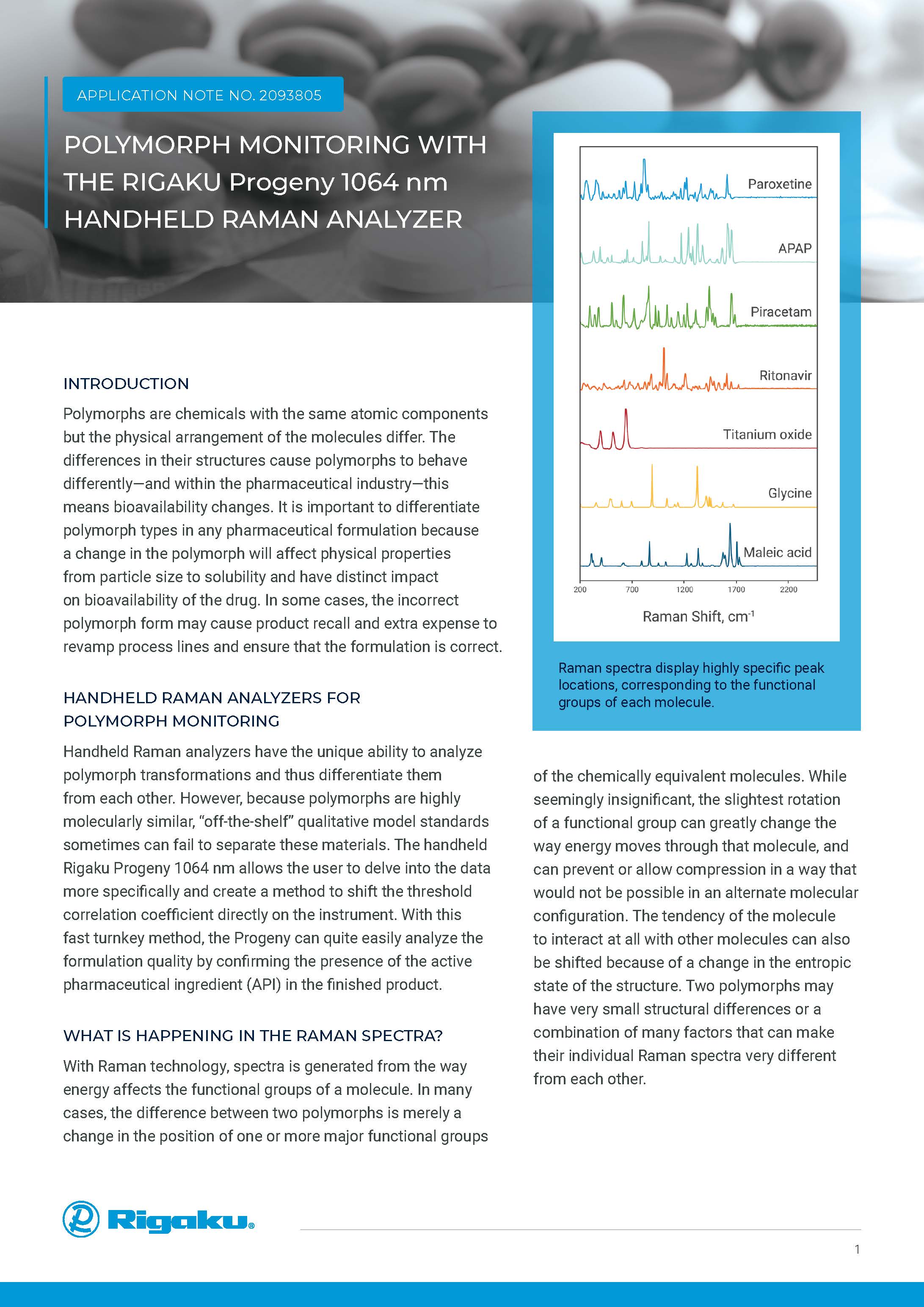 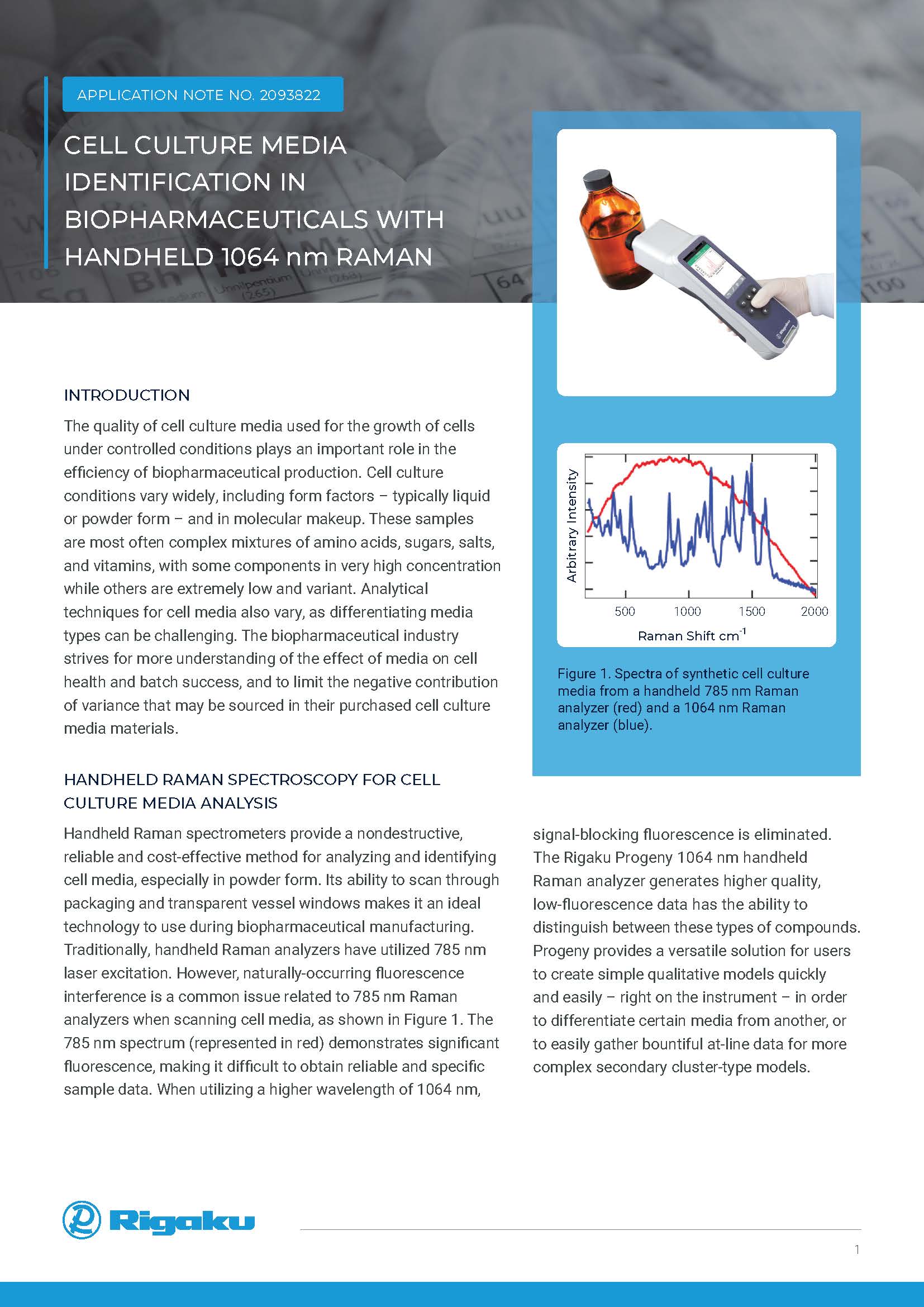 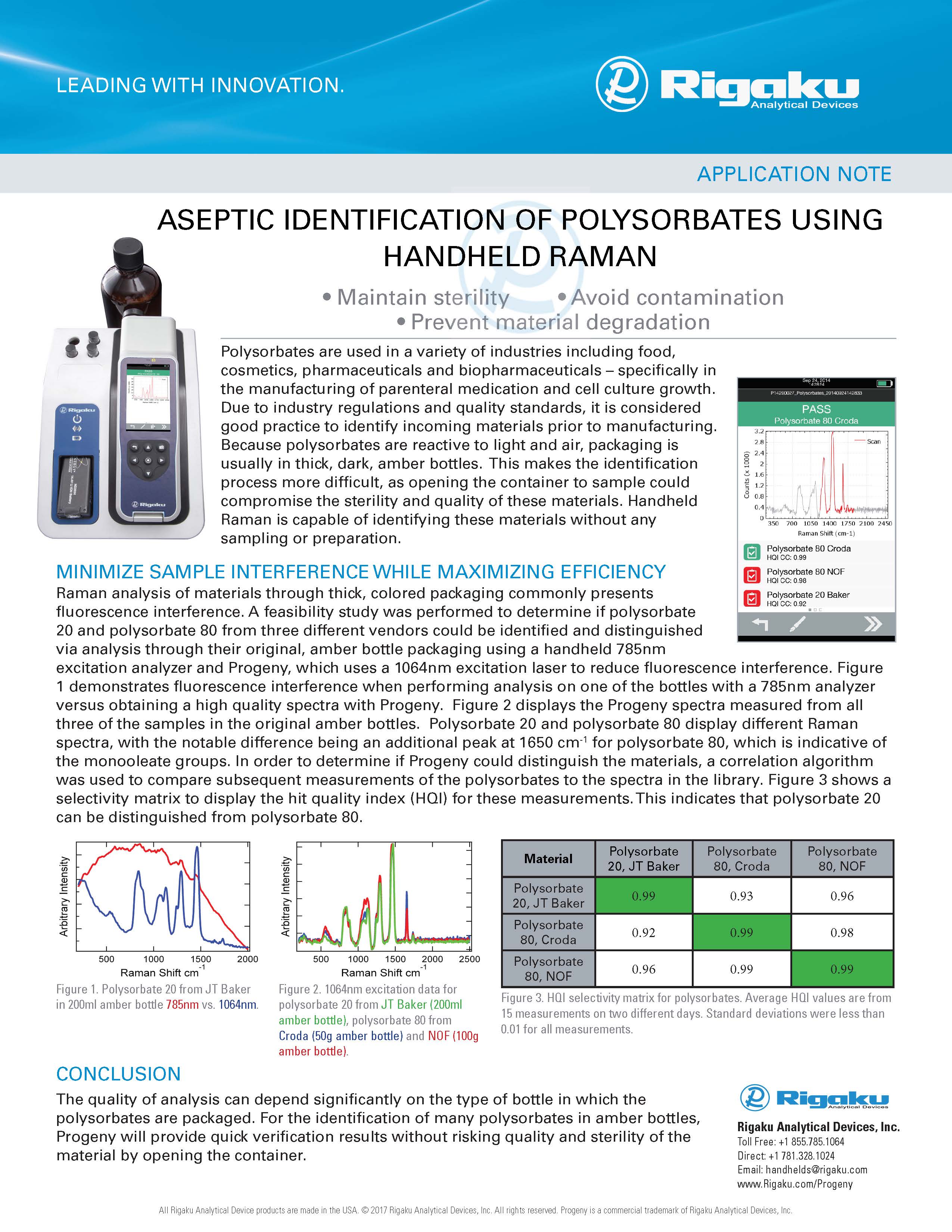 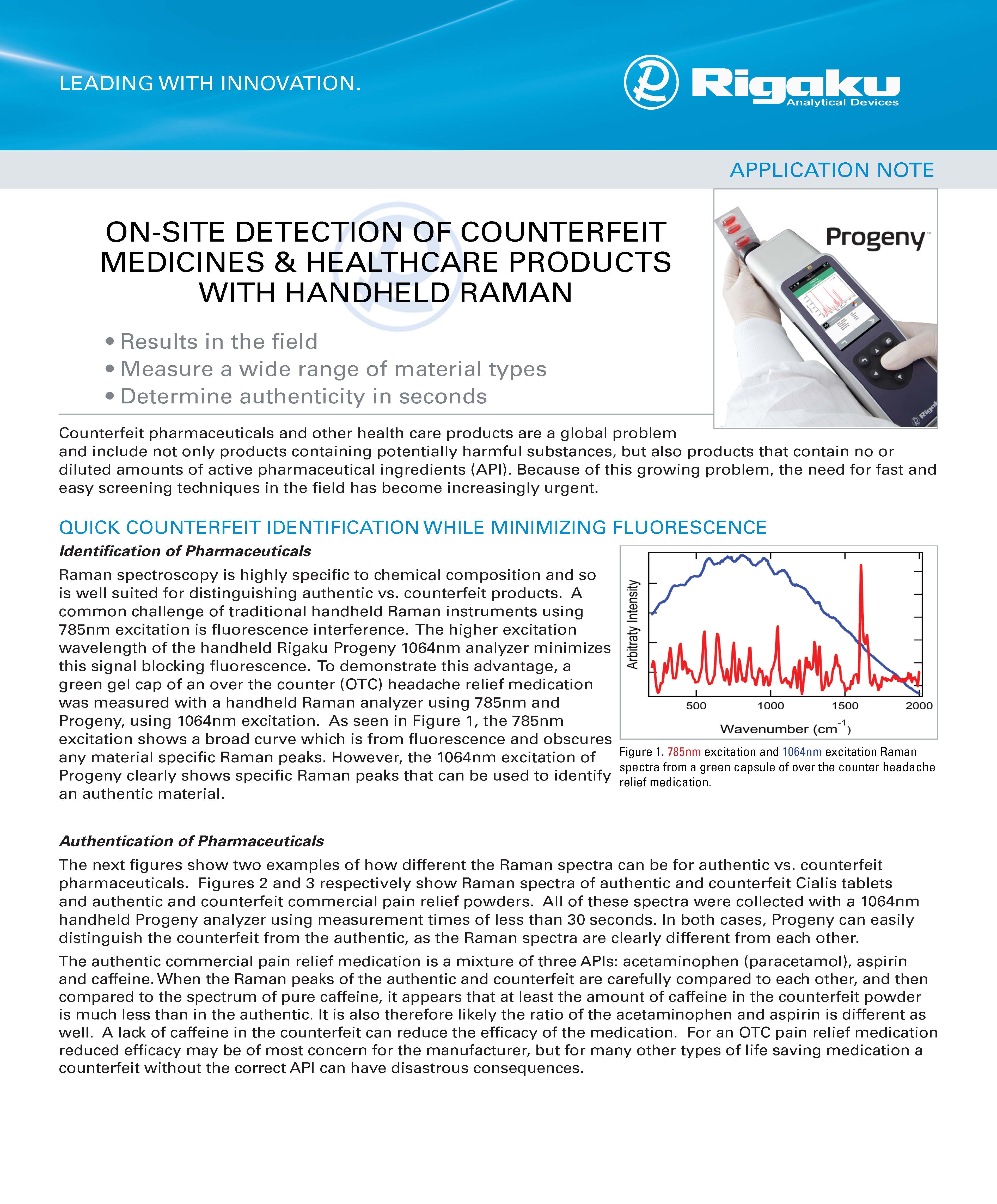 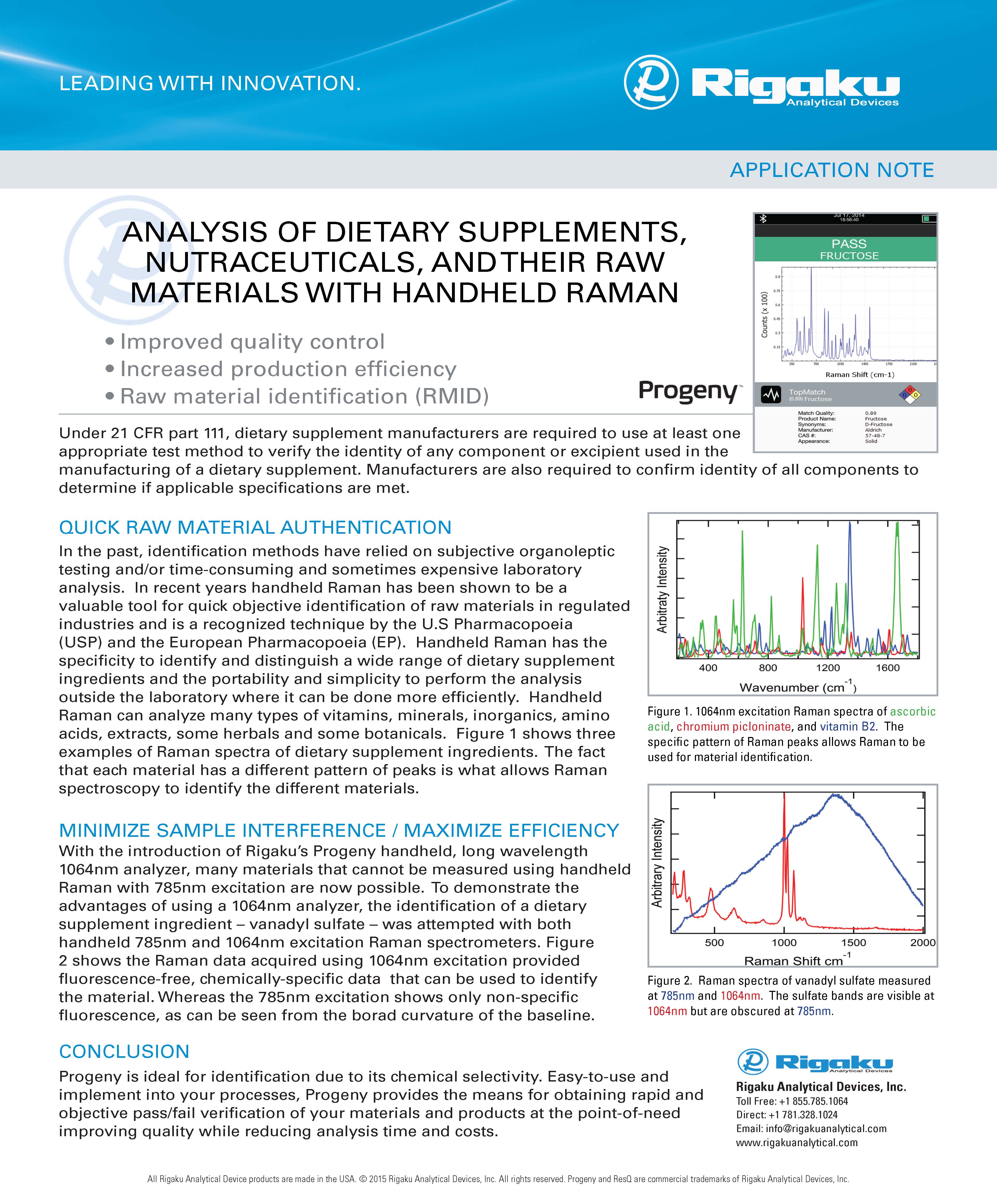 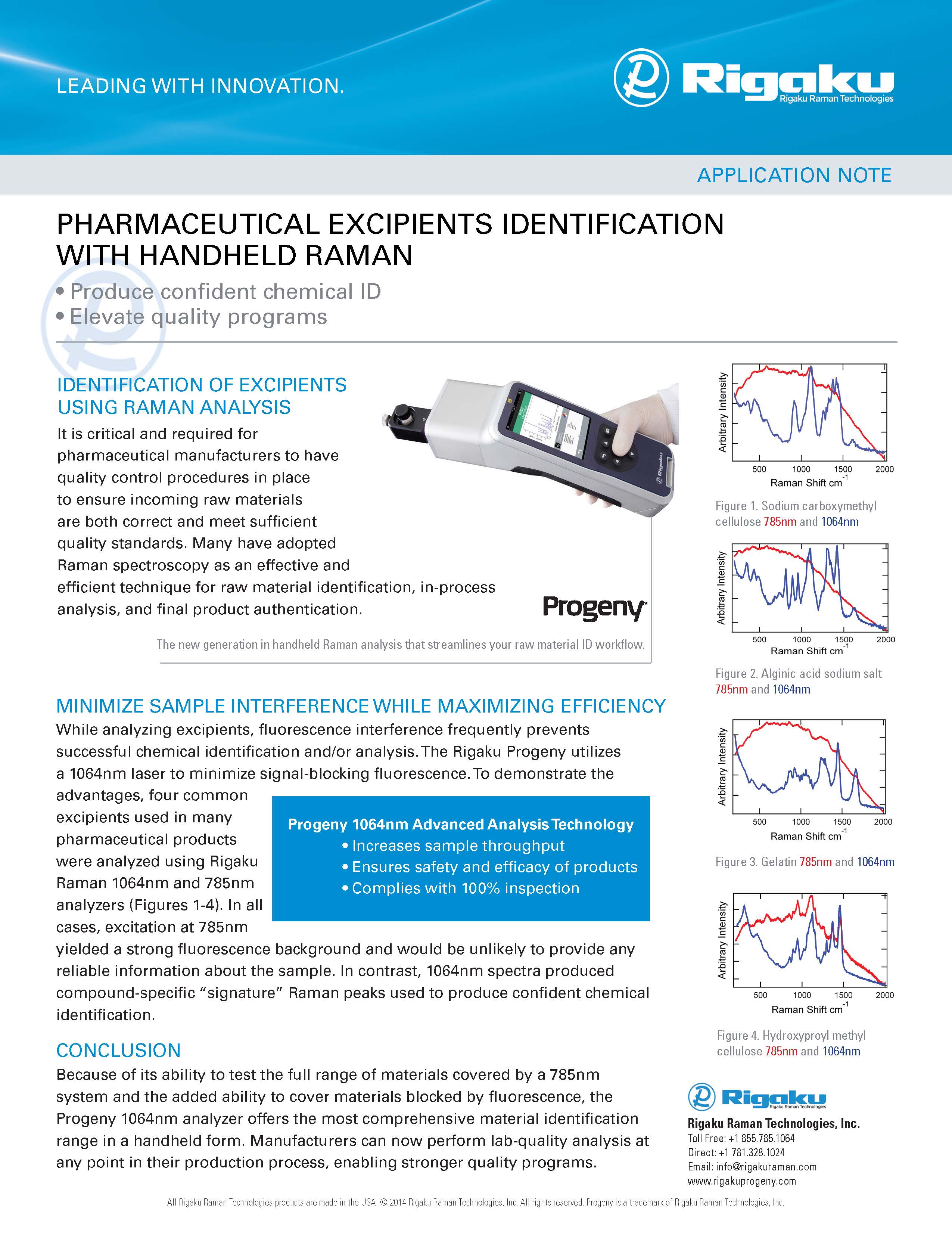 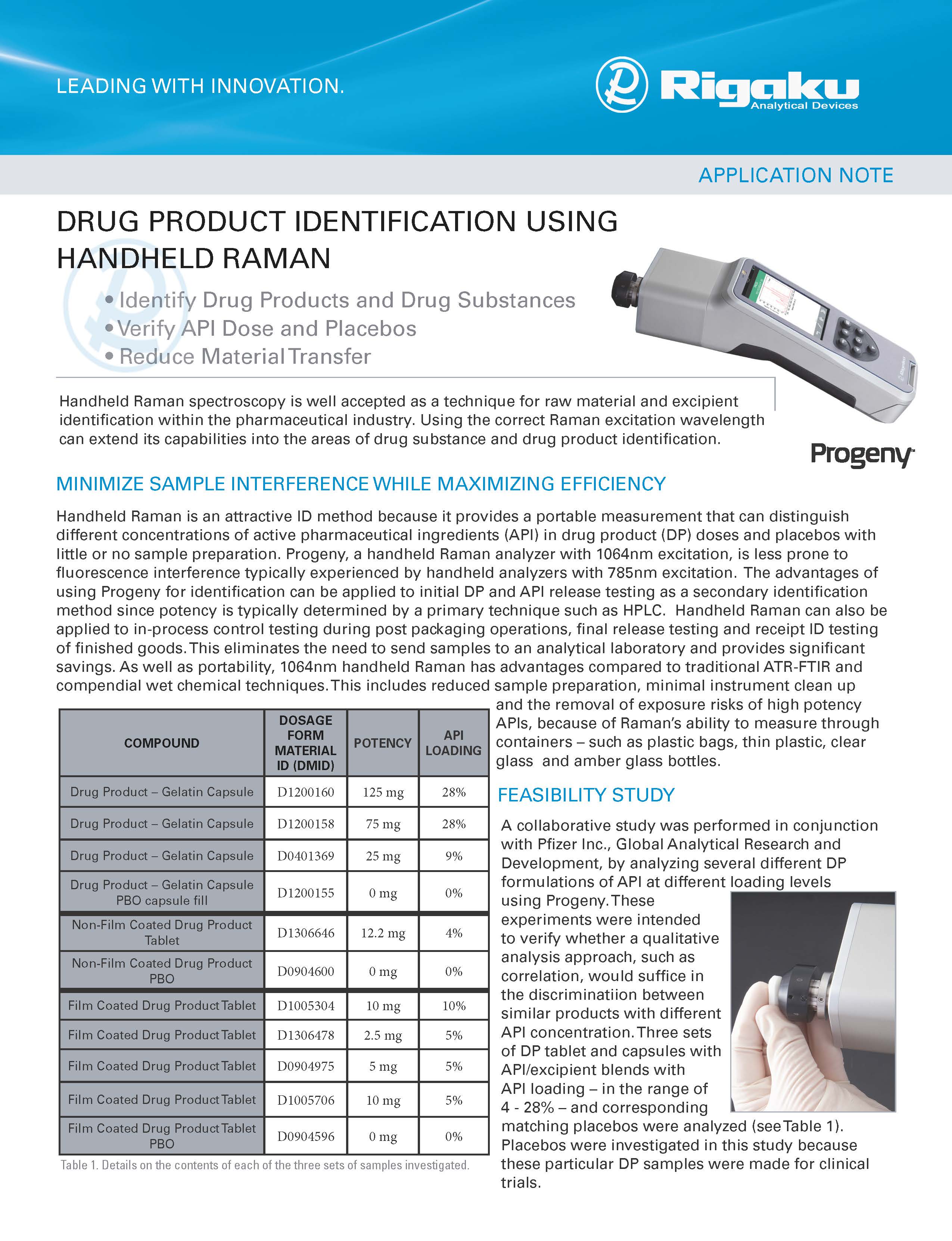 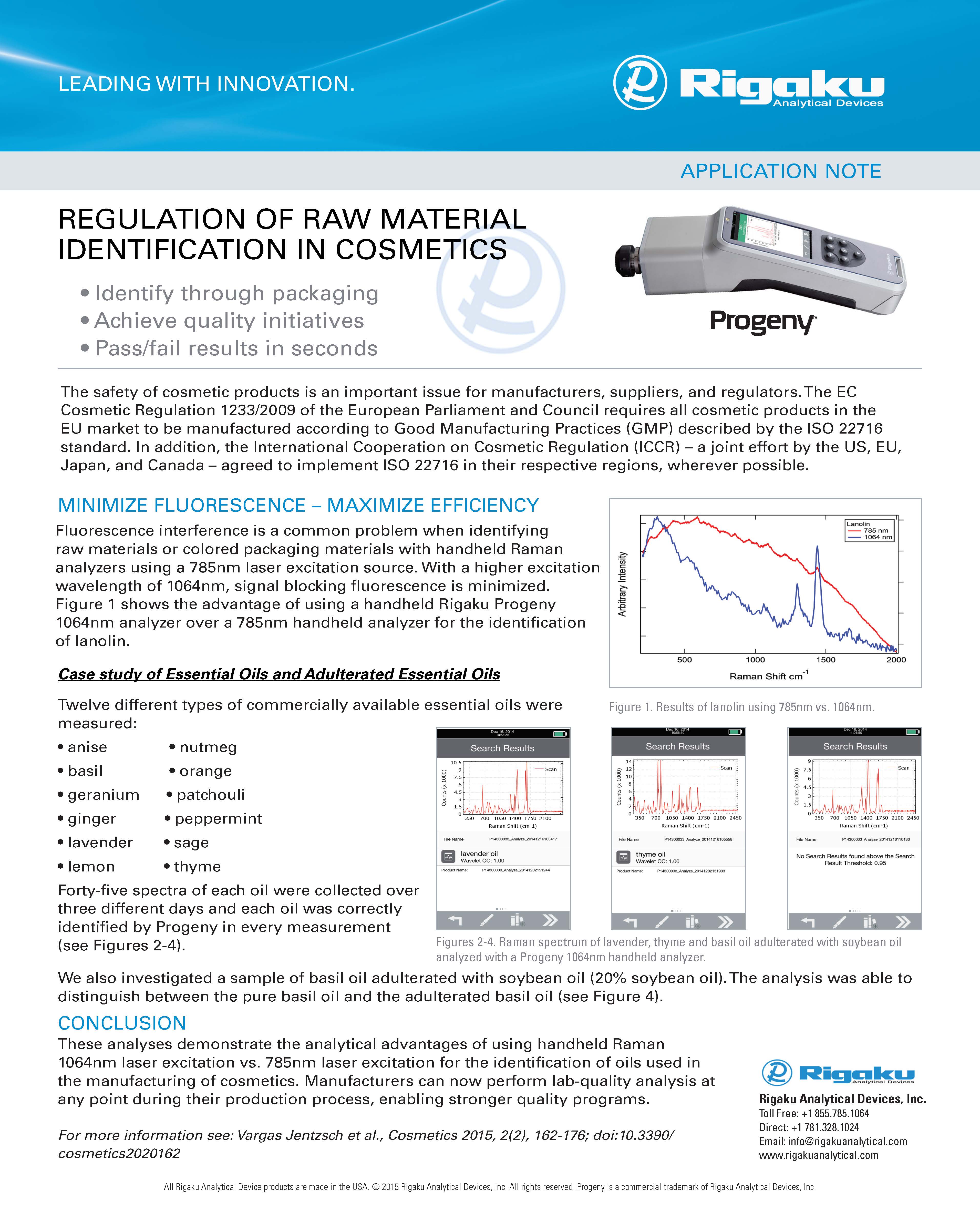 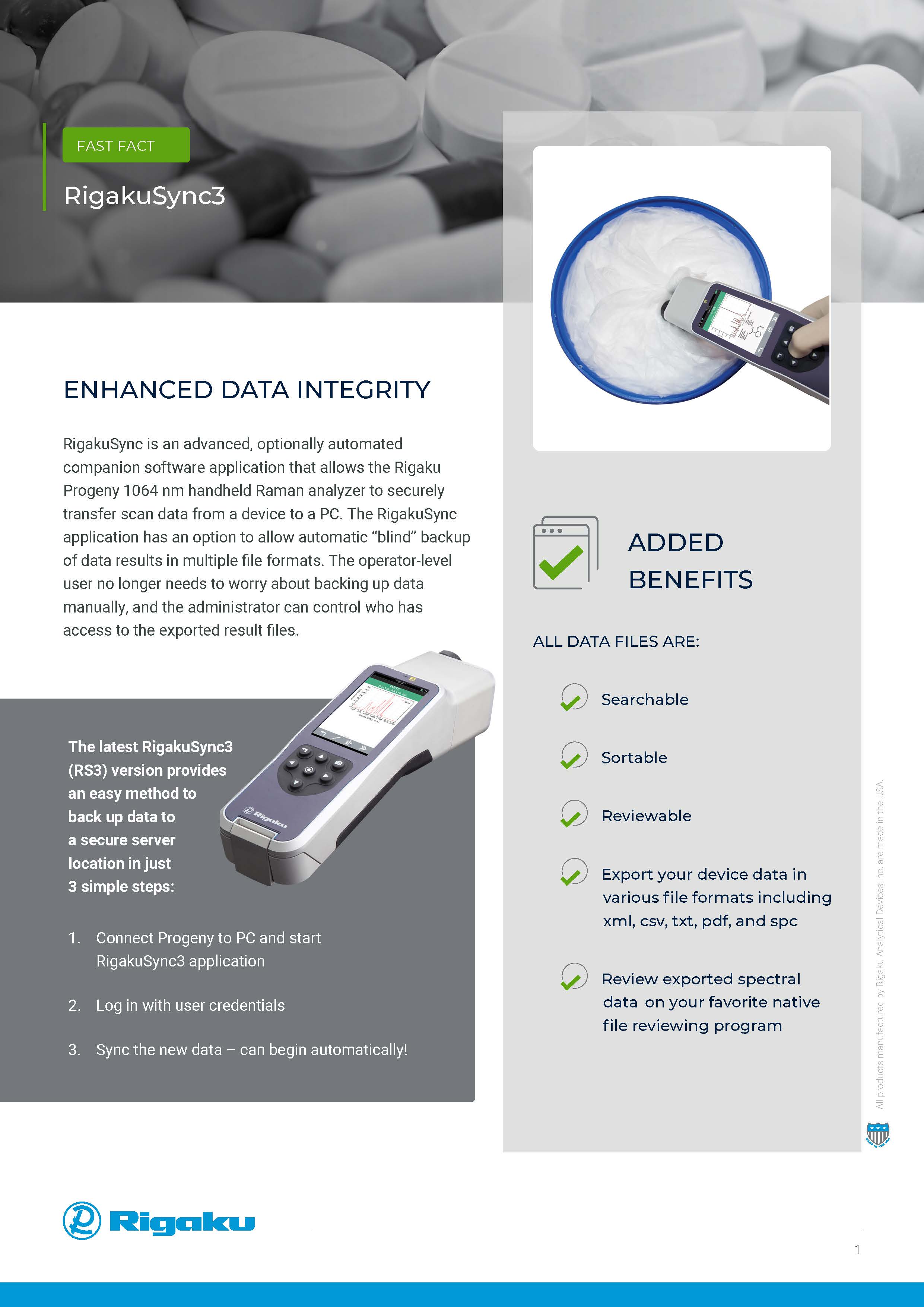 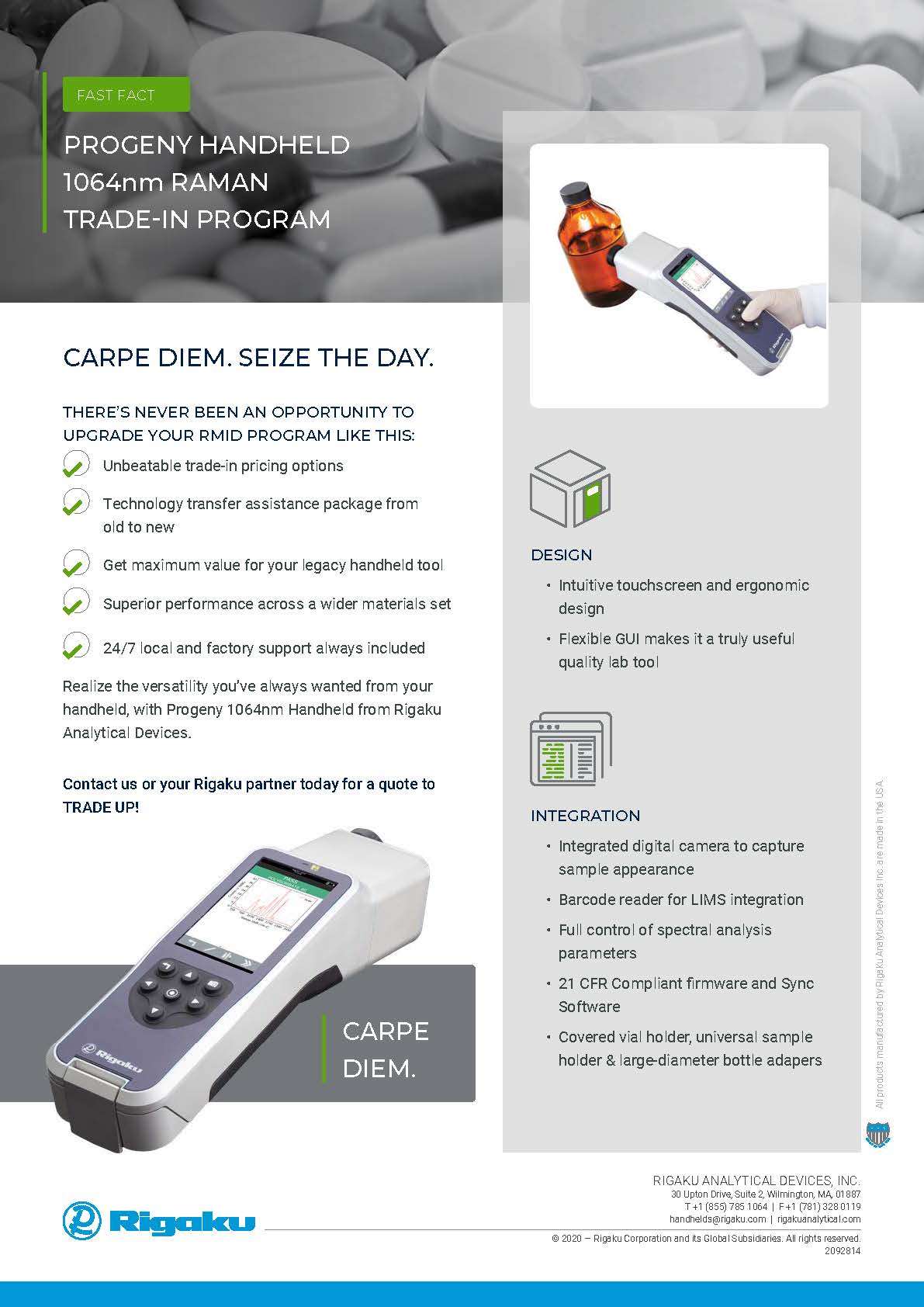 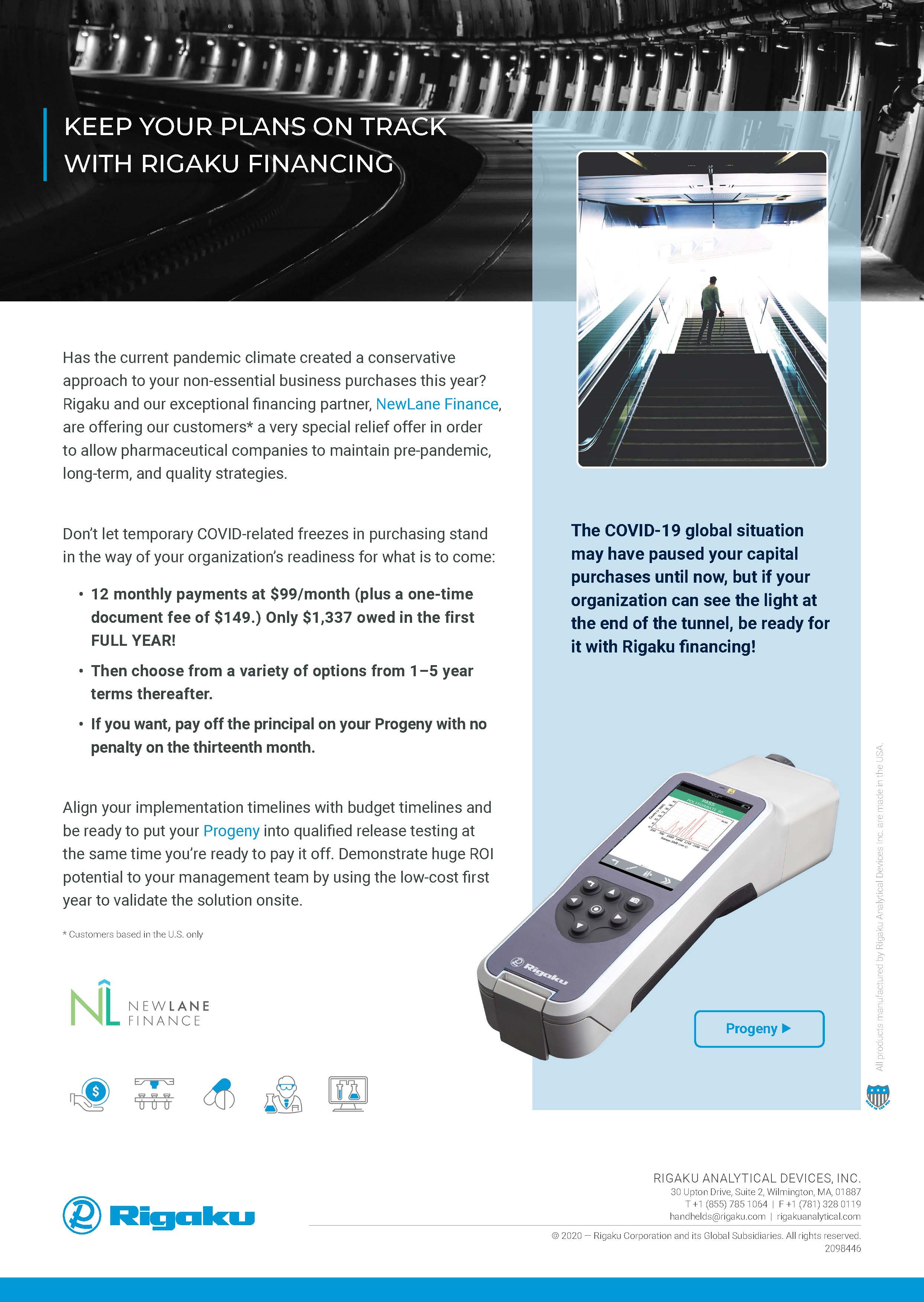 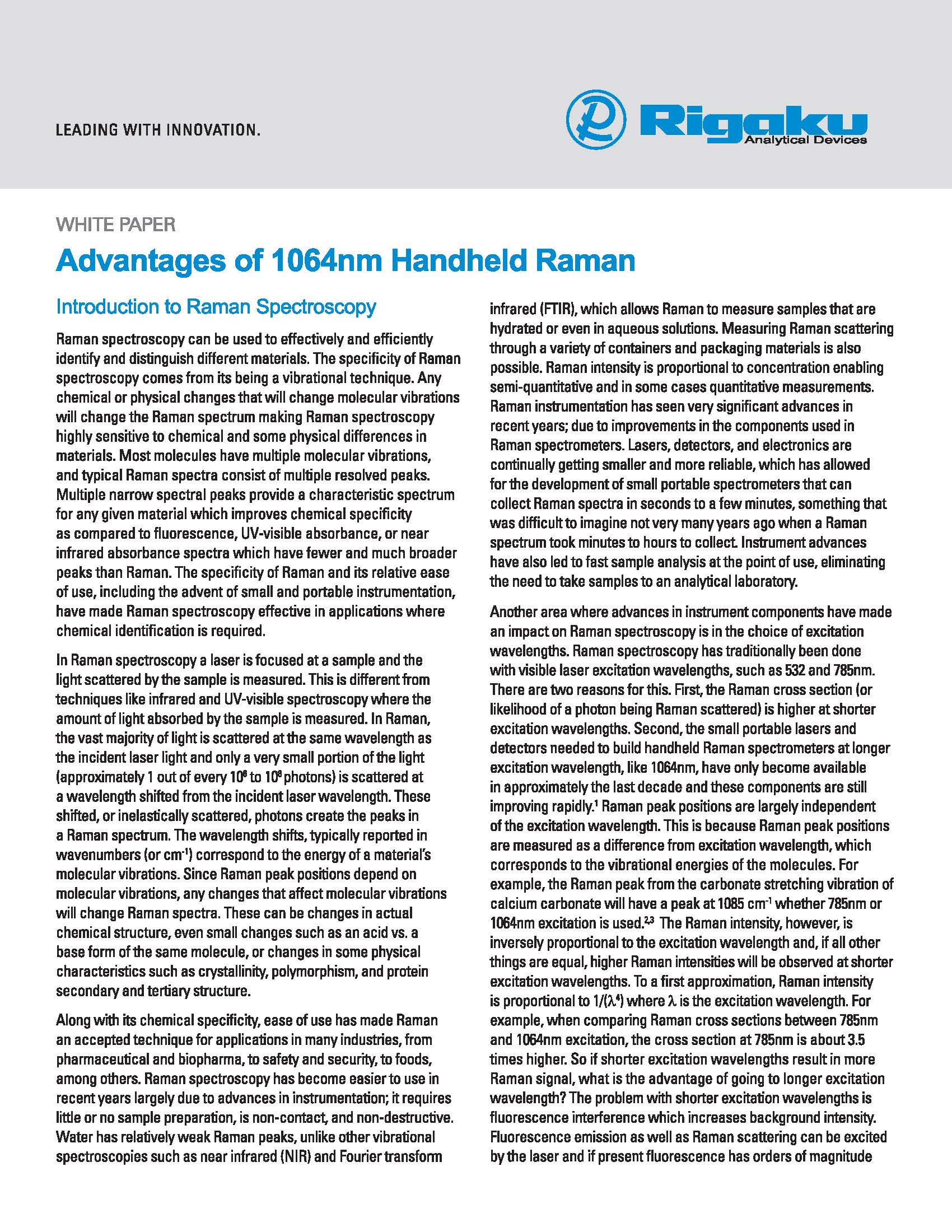 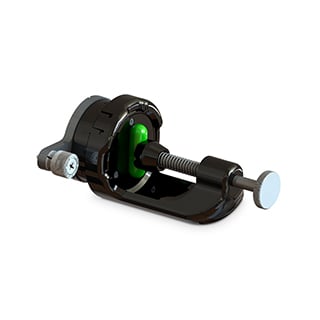 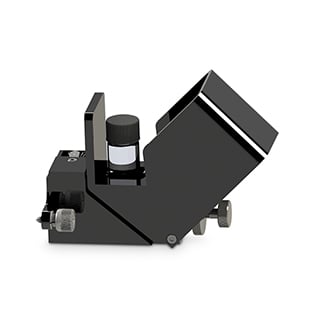 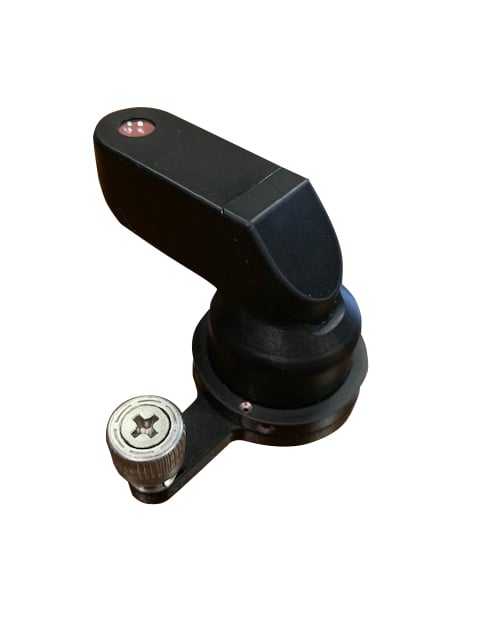 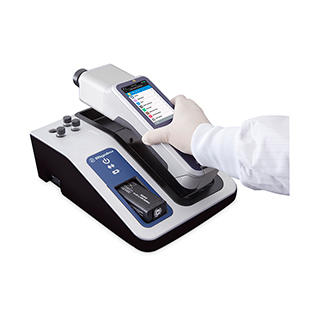