Polymorphic forms and hydrates are different in solubility and absorption, so it is important to control and evaluate them during drug development and manufacturing. Here is an example where we calculated the amount of polymorphic impurities in a drug substance using a high-speed 1D detector, which an obtain intensity data sufficient for qualitative and quantitative analysis in a short period of time, with a benchtop X-ray diffractometer to obtain diffraction data and perform quantitative analysis by the calibration method.

Tolbutamide, known as hypoglycemic medication, was used as the sample. Fig. 1 shows the X-ray diffraction profile of the sample "Lot A" and the reference patterns of tolbutamide Forms I, II, and III. The measurement data matched the reference pattern of Form I. The result for "Lot B" tolbutamide (Fig. 2) indicates that it contains Form II as well as Form I. Form II / Form I mixtures were prepared with Form II concentrations of 0.2, 0.4, 0.7 and 1 wt% respectively and a calibration curve was created, then qualitative analysis of Form II contained in "Lot B" was performed. It was determined that 0.48 wt% of Form II is included in "Lot B". In conclusion, the use of a high-speed 1D detector allows you to identify polymorphic forms easily even with a benchtop XRD system, and trace amounts of polymorphic impurities of 1 wt% or less can be detected in a short period of time. 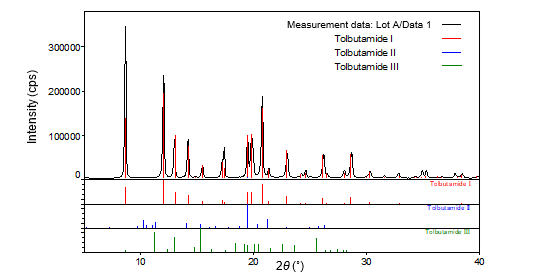 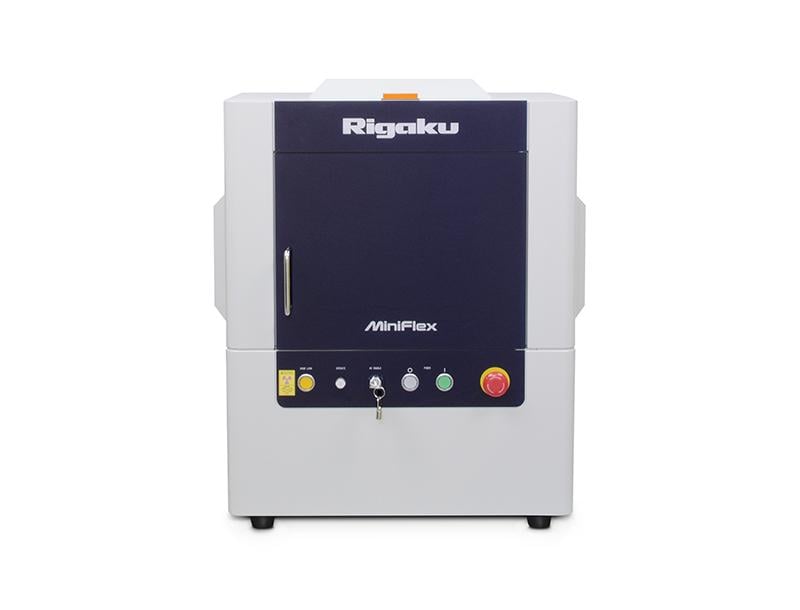