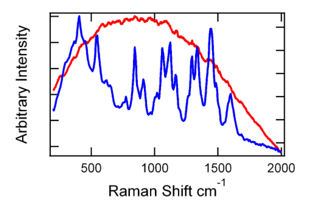 What is Raman Spectroscopy? Raman spectroscopy is an established vibrational technique that works by first exciting a sample with a laser. A small portion of this light undergoes “inelastic scatter” (also referred to as the Raman scatter or the Raman effect). The return signal is received and read by a detector, resulting in what is referred to as a Raman spectrum. The Raman spectrum contains a series of peaks that relate to features in the sample’s molecular structure. Each compound’s Raman spectrum is unique and serves as a “chemical fingerprint” that can be used to identify an unknown compound or a mixture of compounds.

How has Raman revolutionized? Since its discovery in 1928 by Dr. C.V. Raman, this analytical technique has been used in various form factors. Due to advancements in components, such as lasers, detectors, and electronics, that are continually getting smaller and more reliable, the development of small, portable spectrometers has progressed coupled with the ability to collect Raman spectra in seconds to minutes, rather than hours. Its transformation into a handheld analytical technique about two decades ago, really revolutionized chemical identification for many industries - eliminating the need to take samples to an analytical laboratory.

What are the benefits of Raman technology?

Is all Raman the same? The light source used in Raman comes in a variety of wavelengths – the most common in handheld analyzers had been 785 nm. However, its shorter wavelength means more absorption by the sample – causing fluorescence – resulting in a poor spectrum that can take minutes to hours to generate. For this reason, the use of handheld Raman-based detection systems has historically been used primarily for identifying white powders and clear liquids, which are the least likely samples to produce fluorescence when excited with a 785nm laser. While numerous pharmaceutical or laboratory-grade compounds exist as white powders and clear liquids, many real-world threats commonly encountered by military and first responder personnel are colored by impurities from crude synthetic processes, low-grade precursors, or from intentionally added pigments and dyes to conceal. 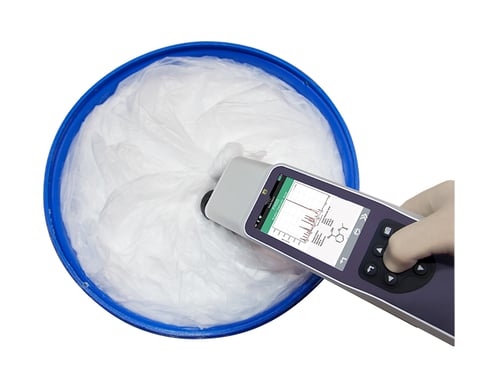 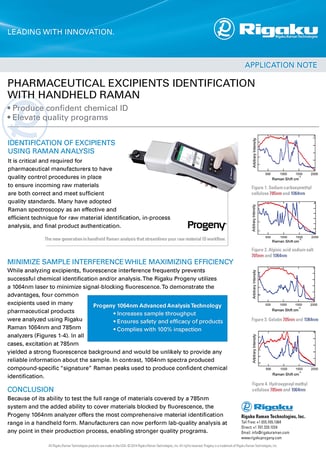 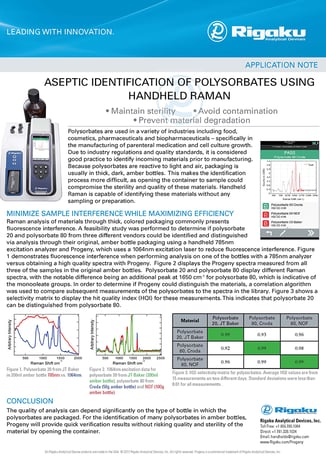 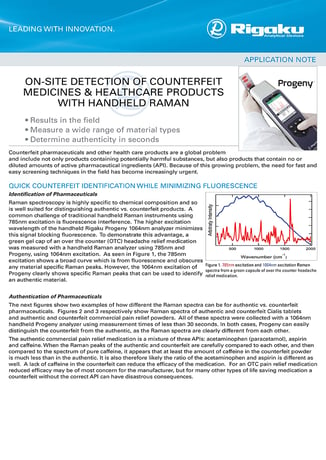